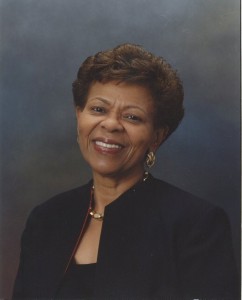 Dr. Riggins is the Executive Director of CARES, the Crisis Assistance Response Emergency Shelter.  Hired in March, 2012, she brings years of experience in the fields of education, administration, and management in Prince George’s County, Maryland and Alexandria, Virginia.  Ms. Sheila Jarratt, former Vice Chair of CARES, praised Dr. Riggins as a "poised, articulate and organized leader who will move CARES forward  into a healthy position for the 21st century.”

Dr. Riggins has played a significant role in positioning the agency and its programs to support the families it serves and to communicate their needs to a wider community.  She has been able to engage community partners and individuals with diverse backgrounds in order to develop and maintain a community support base.   Dr. Riggins continues to increase community awareness of the agency and its services, with a goal of developing a capital campaign to build a new, larger shelter.  CARES, under her leadership, was awarded the Cleveland A. Wright Award from the Cameron Foundation in 2014.